You are here: Home / Restaurant Back Office / What Does 86 ‘Eighty-Sixed’ Mean in Restaurant Jargon?

A fascinating thing about the culinary world is its slang. Ever wondered what ‘Eighty-Sixed’ means in the restaurant world? You are about to find out!

Owing to the boundaryless nature of the hospitality industry, the slang knows no particular root language either. Stand in the middle of a busy restaurant, and you will hear the chef shout “On the fly”, and hear the wait staff complain about “campers” or being “in the weeds.”

This is when you start doubting your language skills, your industry knowledge, or even your hearing skills for that matter. This piece will start by educating you about popular slang terms. So next time you see another man standing in the middle of the restaurant wondering, you know how to help out.

For this piece, we focus on the term “eighty-sixed”. What it really means, when can you use it, and where did it come from – we learn all that you can about the slang.

You will not only hear the term in restaurants but also often in the news. For example, in 2018 there was a lot of noise about White House Press Secretary Sarah Huckabee Sanders being eighty-sixed (86ed) from a restaurant in Virginia. It is even referenced in TV shows (for instance, in Sherlock Holmes – the one played by Jonny Lee Miller), where he recounts in the show a story claiming that customers would be thrown out of the back door of the bars (or the speakeasy) that had the address 86 on it.

So, let’s get to know a bit more about the term 86ed and its origins.

How Did It All Start?

Learning about its origin often helps make sense of these unusual, or you can also say random words. For eighty-six, we, unfortunately, do not have a confirmed story, but rather multiple tall tales of the origin of the term.

All of them interesting enough to take notes on and adhere to memory.

Even though we do not know the exact story of how it became a lingo, we can see common threads in all these stories. Although the origin of it is unknown, some sources say that it was first referenced in print in 1933, in a column called “On Broadway”.

It was written by Walter Winchell, where he gives out some “soda-jerker” lingo and mentions that “Eighty-sixed” means all out of it. Walter goes on to reveal that 81 meant a glass of water, 13 means a drifting boss, and so on.

So maybe this theory of the soda enthusiasts using codes could be the one, but I guess we will never know.

What Does It Mean?

You might have guessed by now from the stories, but eighty-six is used in two references.

If you are really enjoying the stories behind the origin, there are some more less popular ones for you below:

A Step Ahead Mastering the Restaurant Lingo

Maybe you are wondering the same as me, that if 86 means running out of something or someone, does 68 means it is back! Well, it is not that commonly used, but maybe it could be made a common lingo.

It always starts with one, you go first! So go ahead, and start using more of these restaurant lingo terms. Maybe make your own and share it within the culinary world!

Here are his recommendations:

1 ) There has never been a better time than now to cut costs and fees while streamlining your restaurant business. Zachary has recommended Gusto to all his clients for years to handle their payroll needs. Sign up with today to try Gusto - With 1 Month Free.

2) Isn't it time you had a better understanding of your current and future financial performance? Zachary has built Custom Restaurant Financial Models just for restaurant owners and operators.

3) Does your restaurant need a contract CFO? No fear, Zachary is here! RestaurantAccounting.Nets CFO Service is designed for you!

Stay Up To Date

No more than one email a week. No spam. Unsubscribe whenever. 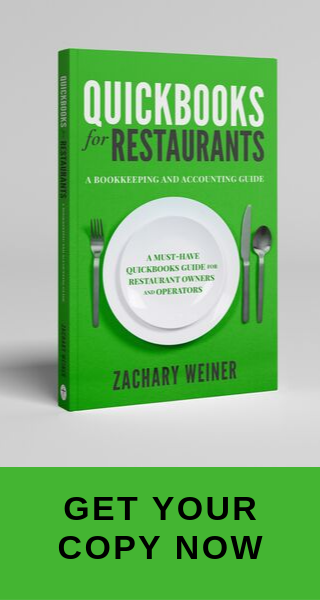 The Tools Your Restaurant Needs